Ways to Register:
· Online through myMPTC Student OR
· Register by phone call: 1-800-472-4554, TTY/VP: Use Relay/VRS OR
· Complete electronic registration – including class title, course number (xxx-xxx) and 5-digit CRN.
*Submitting this registration form does not guarantee placement into selected classes.
*Registrations are processed by staff on a first come first served basis.
*Enrollment is based on class availability and payment (if required) of tuition and fees.
· For questions only – email Enrollment Services at mptcenrollmentservices@morainepark.edu

Having trouble viewing the content of this page? Try this page. 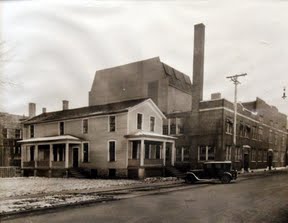 The Fond du Lac Continuation School was established in 1912, and was first located above Model Laundry on the corner of Macy Street and Forest Avenue. Initial curriculum included drawing and cooking, and quickly expanded to include barbering, auto mechanics, machine shop, sewing, home economics and business education. The continued addition of new offerings eventually required the school to move to a new and larger space.

In 1917, the school board of the recently-renamed Fond du Lac Vocational School, requested $60,000 from the city for the purpose of building a new school. The request was approved, and that same year property was purchased from the Harrison Postal Rack Company at the corner of Portland and Sheboygan streets. The vocational school remained at this location for the next 47 years.

Additions to the building were completed in 1921 and 1925, and the 1920s and 1930s were devoted to improving the facilities and updating equipment.

Even after an annex was added in 1948, the school continued to outgrow itself. The decision was made to build a new school on the old airport property on Johnson Street and, in 1964, the Fond du Lac Technical Institute, as it was called, moved to that location. The College underwent two more name changes – Moraine Park Technical Institute in 1971 and Moraine Park Technical College as it is known today. The Fond du Lac Campus remains at the Johnson and National Street location. 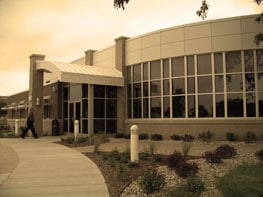 In late-1912, the Beaver Dam Continuation School was appropriated $1,700 for the purchase of equipment. In 1915, the school, governed by a board, was located in six rented rooms in the Healy Building on South Spring Street.

Classes in home economics and shop were conducted. The school moved in 1919 to the old 4th Ward on Mackie Street, and part of the program remained there until 1935. The board also rented the old Wilson School – the attic for home economics and the basement for drafting courses.

In November 1920, the city of Beaver Dam rejected a request by the Beaver Dam Vocational School Board, as it was then known, to supply funds for the school. The city was eventually required to appropriate the funds.

In 1926, a permanent facility was the topic of discussion between the city and the board, but it did not come to fruition. The Beaver Dam Vocational School was forced to move its classes almost continuously. In 1935, the school rented classroom space in the Wisconsin Power and Light Company building on Front and Center streets, and the following year classes were held in Kraft’s Rec Parlor and the Kirsh Foundry.

In 1971, Beaver Dam finally had a permanent location on Gould Street merging with the Fond du Lac and West Bend Technical Institutes to form what we know today as Moraine Park Technical College. 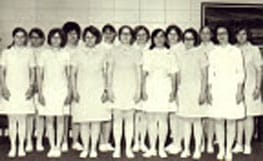 The first courses offered in the West Bend Vocational School were woodworking, drafting and blueprint reading, foods, clothing, typing and shorthand, elementary and advanced bookkeeping and accounting, physical education for women, art, and salesmanship. Classes were held in the wing of the high school, which was dedicated on January 31, 1940.

By the summer of 1940, vocational agriculture, national defense programs and welding were added to the curriculum. During the 1940s enrollments soared, programs expanded and the need for larger facilities became apparent. More rooms in the high school were being used.

During the 1950s, the day school and apprentice programs continued to grow in both offerings and total enrollment. Sharing facilities and equipment with the high school was creating scheduling difficulties and was preventing the West Bend Vocational School from developing more extensive program offerings.

Between 1966 and 1967, detailed plans to separate the high school from the vocational school were developed. The city of West Bend purchased land on the northwest city limits to be used for the new school’s location. Today, Moraine Park Technical College’s West Bend campus remains at this location at 2151 North Main Street.